Unique cars, passionate people and picturesque landscapes – there are dozens of car events, that cover all those factors but only a few ads to it something more. I’ve always been very passionate about the Concorso d’Eleganza Villa d’Este. That’s probably my favorite event in the calendar but there is one factor missing there – cars are meant to be driven and on the concorso-type events they remain mostly stationary. Since a few years there is however an event that fixes this issue. 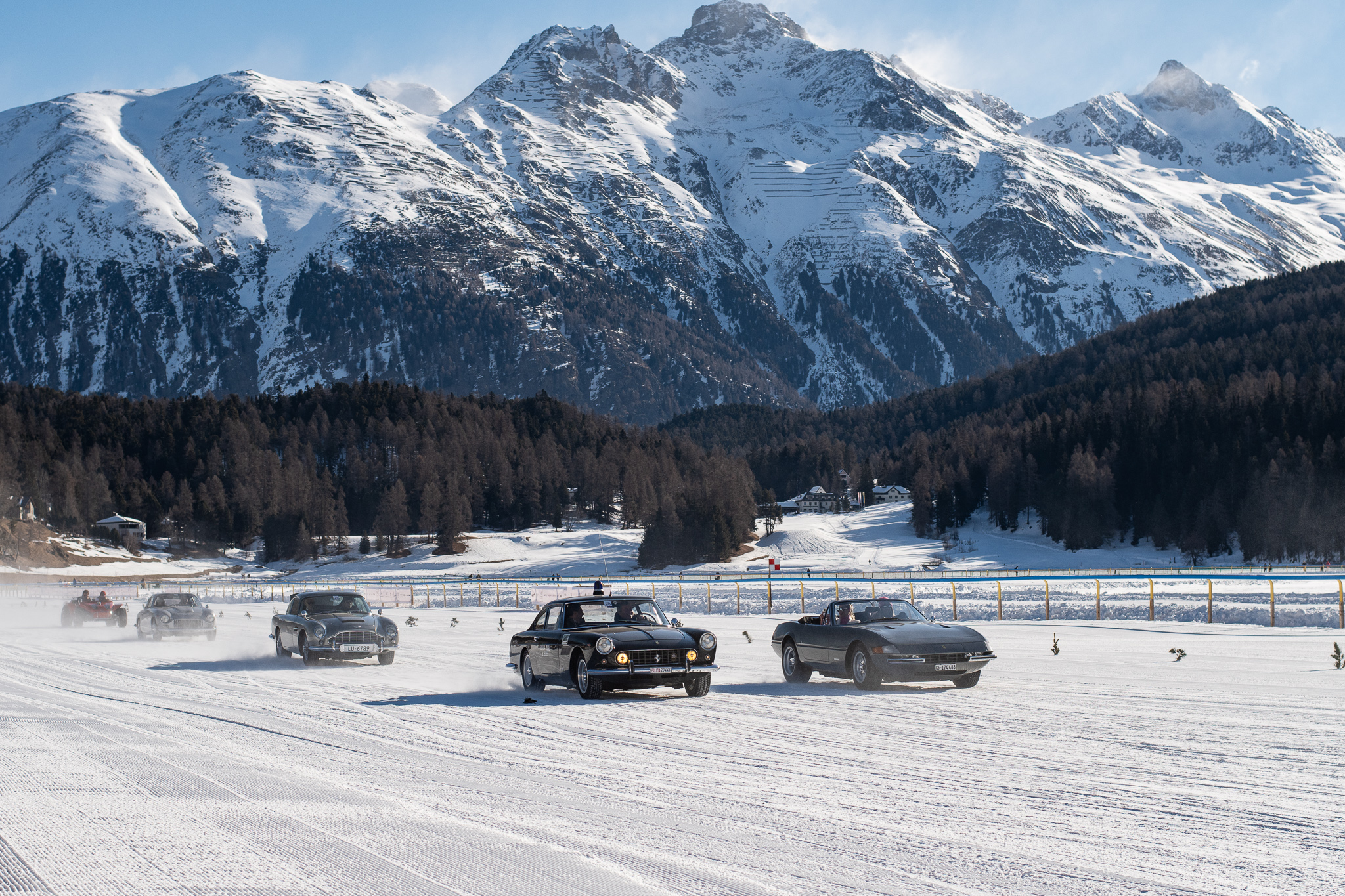 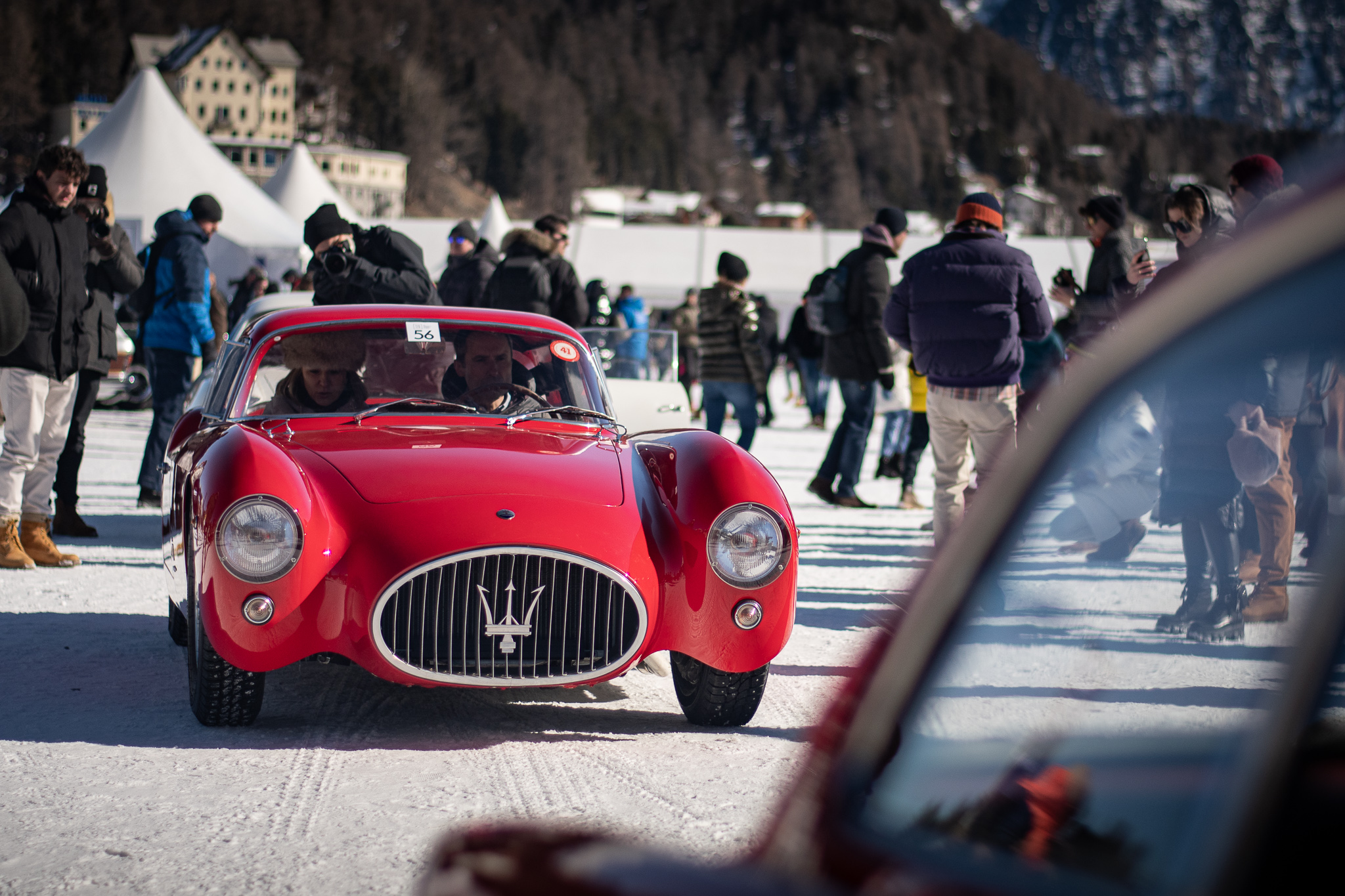 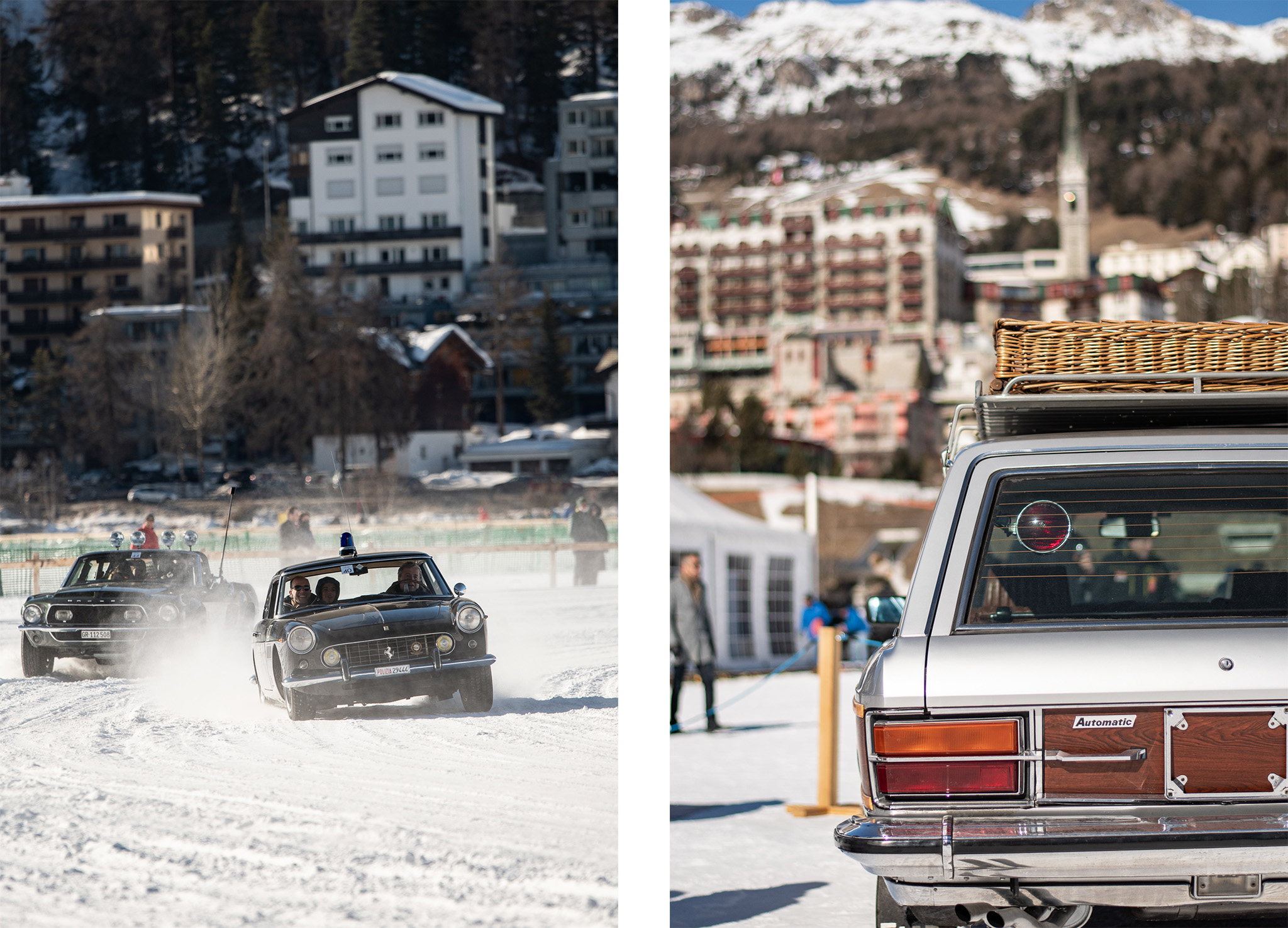 The tradition of conducting sporting events in this location reaches way into the previous centuries. Horse races, polo games or time trials on minimalist sleights were organized here for decades. In the 80s. a group of vintage cars enthusiasts came with an idea to race their over 60-year old Bentleys here. It took around 30 years for the idea to come to fruition and now we can enjoy the amazing view of the roaring machines speeding round the ice track. 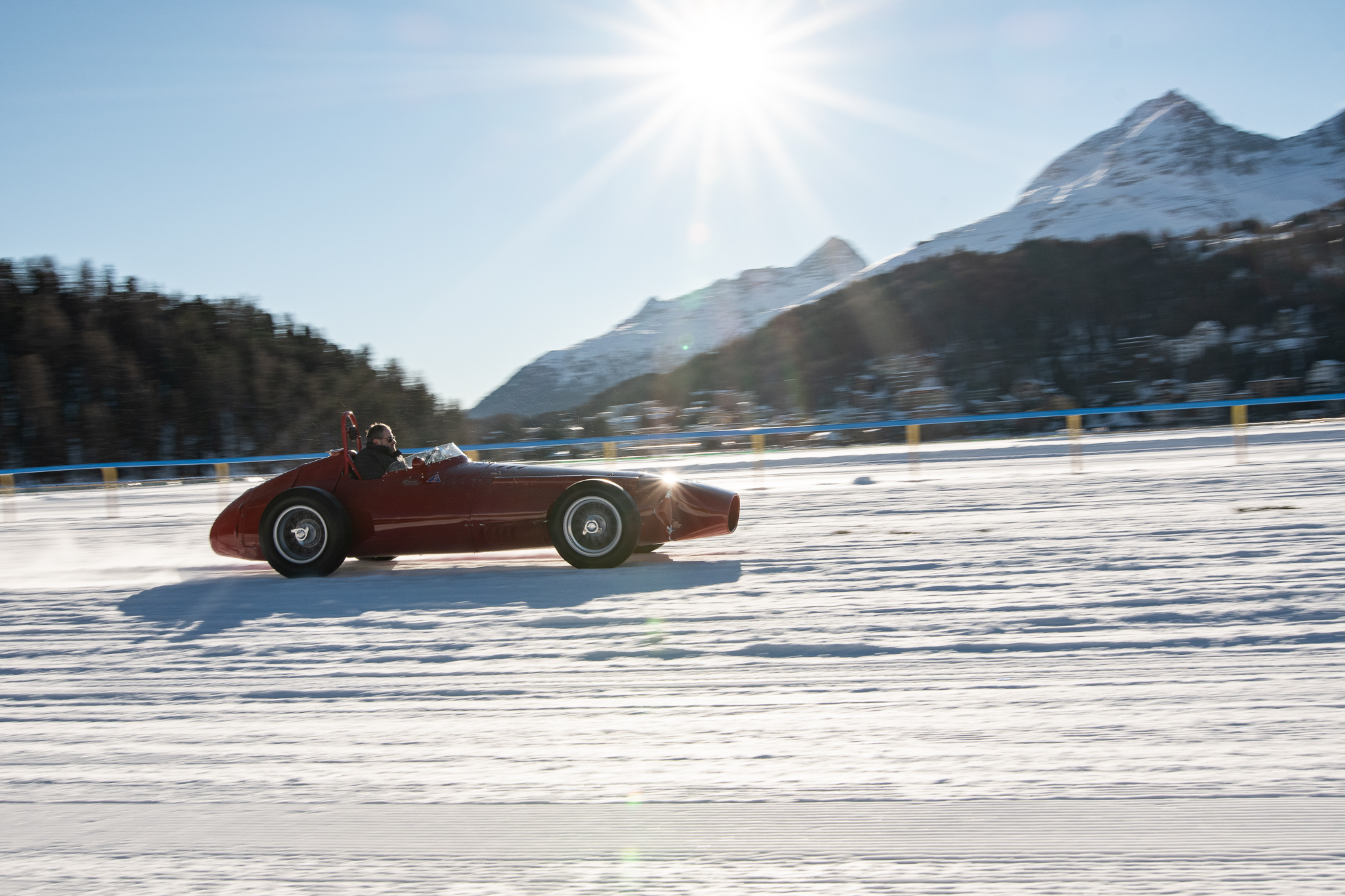 The official title of the event is: The international Concours of Elegance St. Moritz. But this shouldn’t be taken too literally. Yes, at the end there are some prizes given by jury for the most beautiful cars but that’s not what’s really interesting. People are gathering here in the temperatures way exceeding -10 centigrade to see the action on the track. 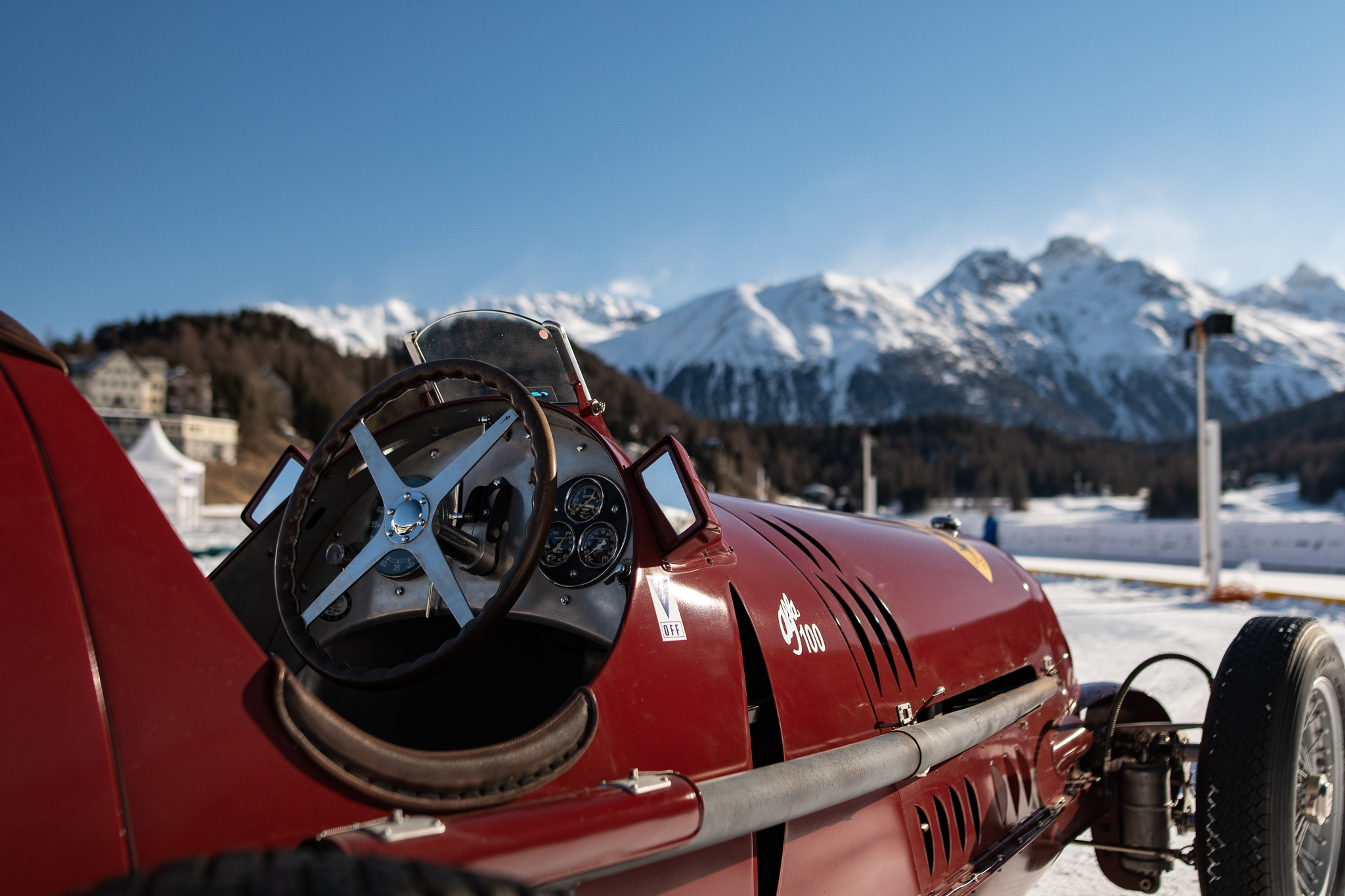 There’re no time measurements are there’s no time classification. The cars are driven on the track only for the showcase purposes and the drives are asked not to drive above 40 km\h. But imagine driving a 50s Ferrari, fitted with spiked tires on a frozen lake and sticking to such a low speed limit. It’s simply impossible. 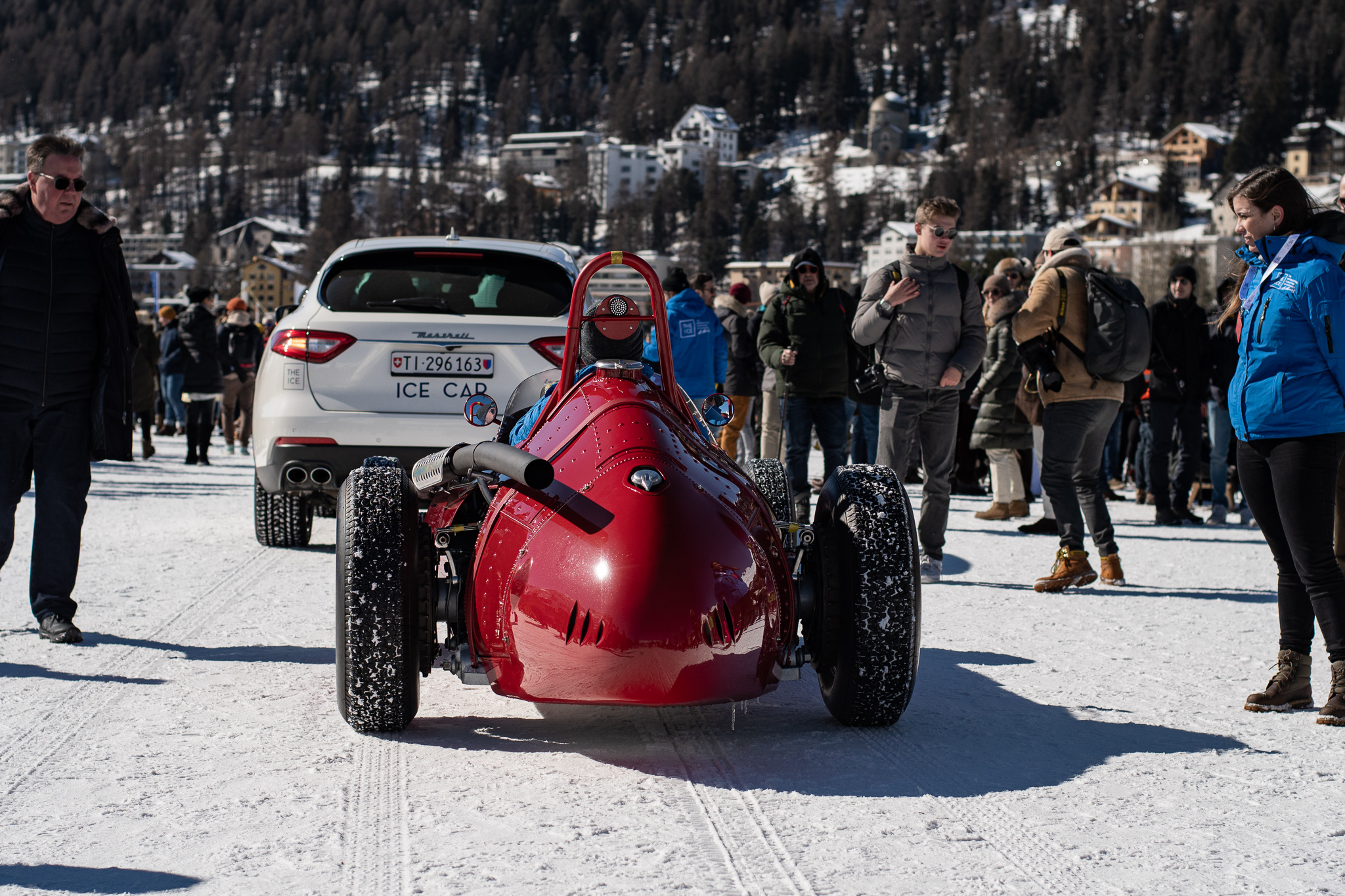 After a few laps driven behind a safety car, which this year was the Maserati MC20, the speed limit seems to evaporate from the minds of the ones sitting behind the steering wheels. Lap after lap the cars start to go faster and more sideways – what a joy both for the drivers and the spectators. 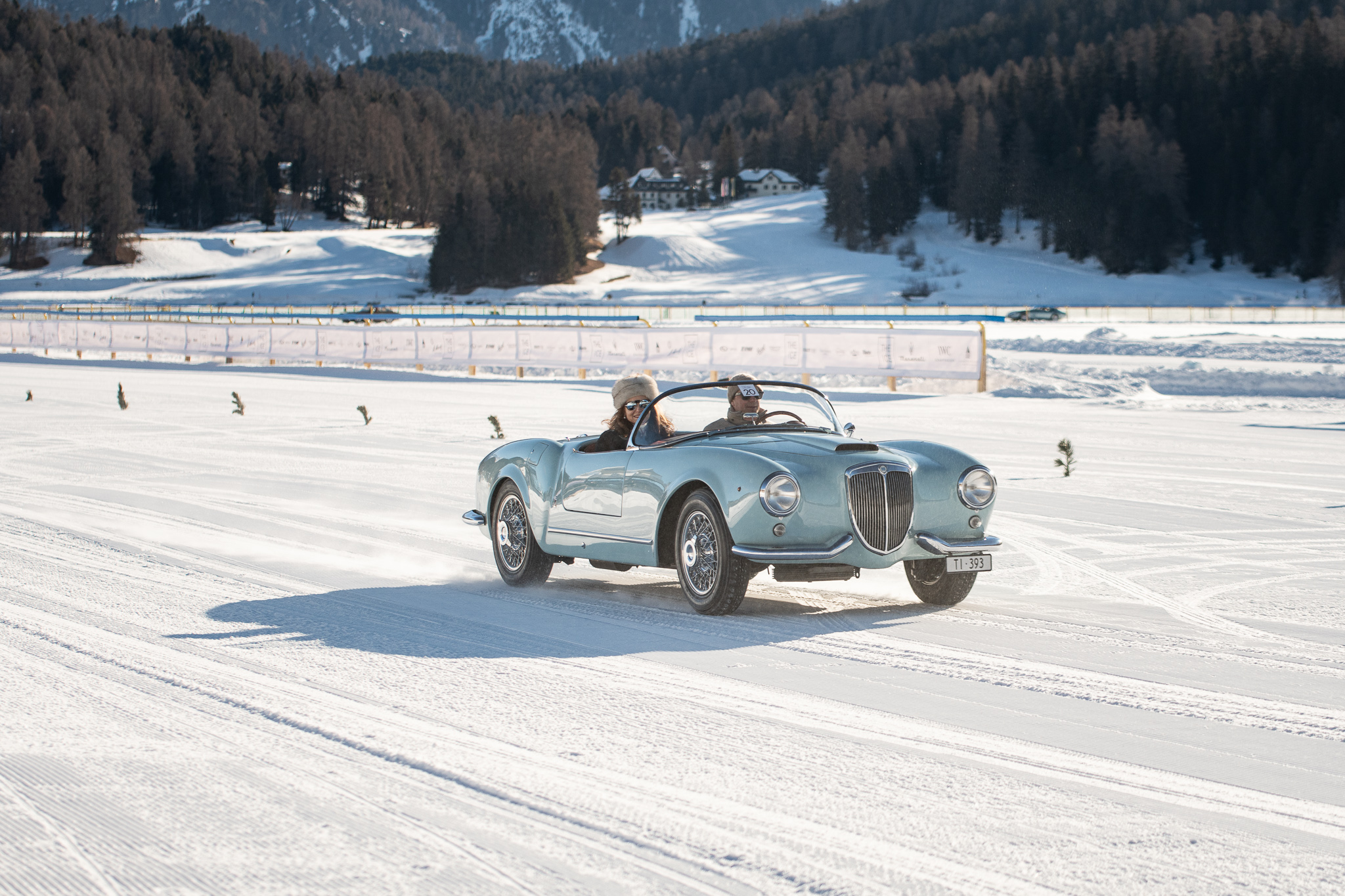 The opportunity to see those machines live, driven properly with high revving engines is a unique experience. If it was still necessary to add more spice to this mixture it would be a good idea to mention what cars were present during the 2022 edition. 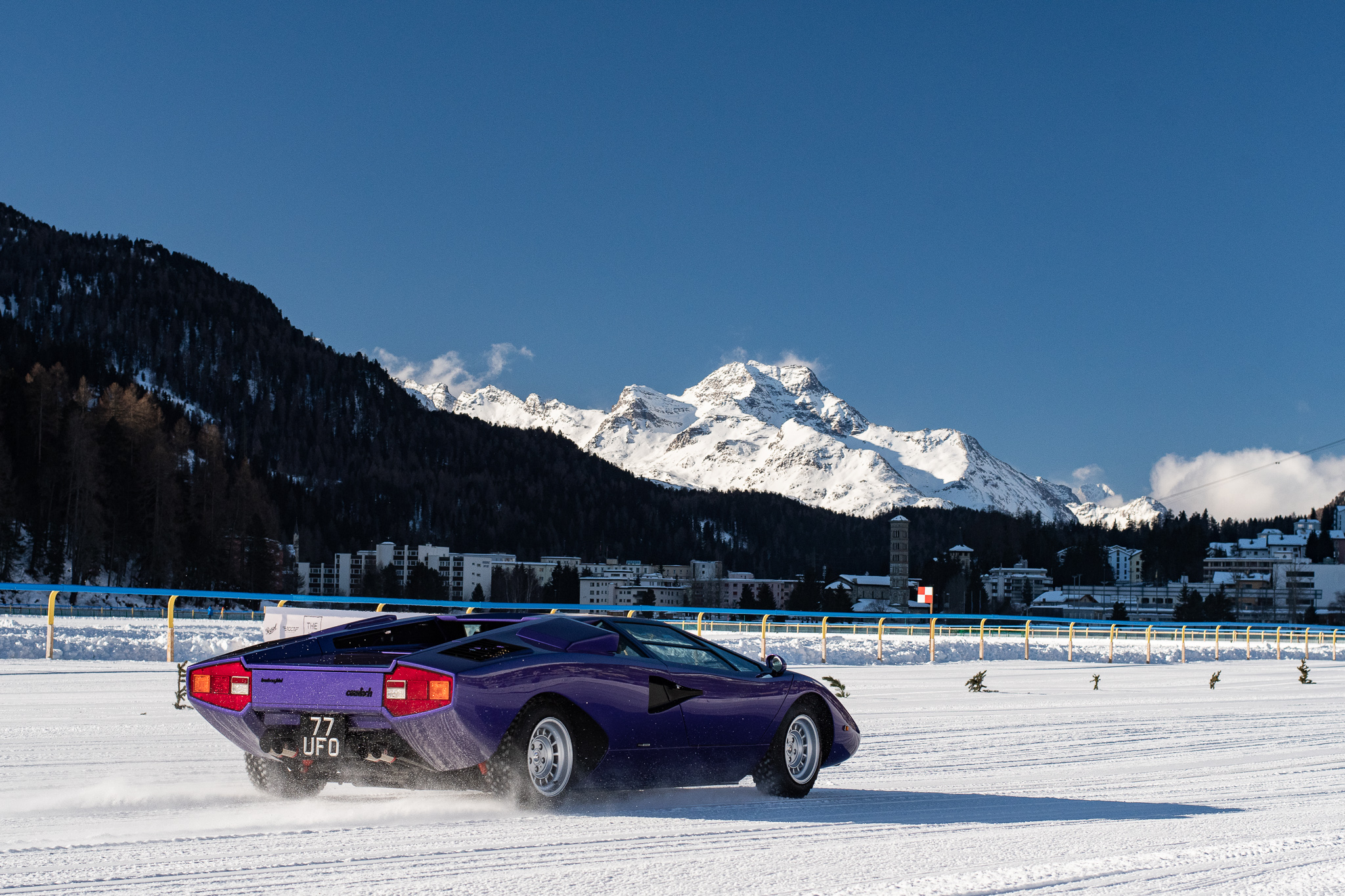 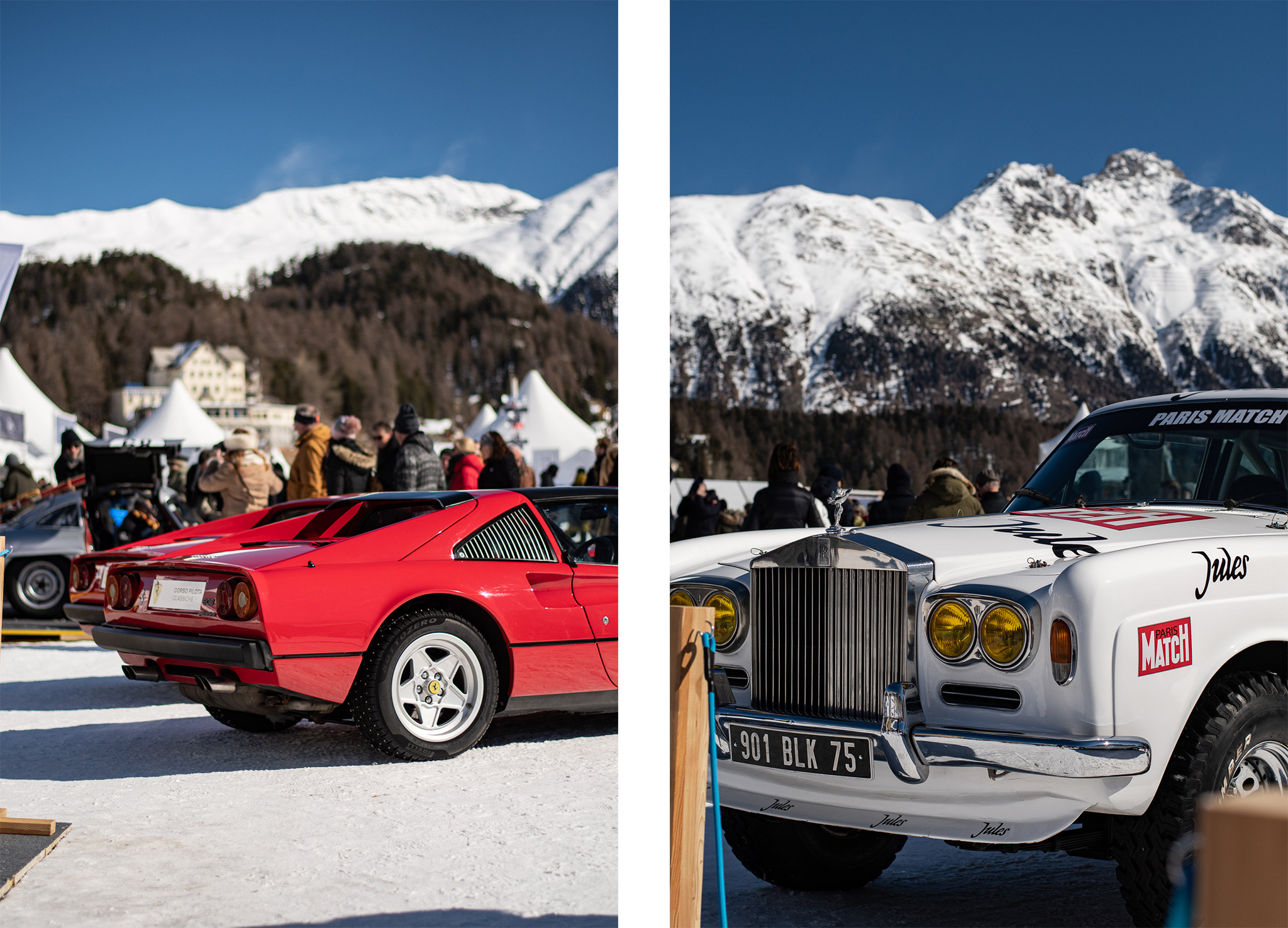 I will not try to build any suspense and will start by mentioning the group that made the biggest impression on me – vintage F1 and Grand Prix cars. The legendary raw machines that were the stars of the covers of the motoracing books, I passionately read when I was a little kid, were screaming before my eyes. What an emotional moment! 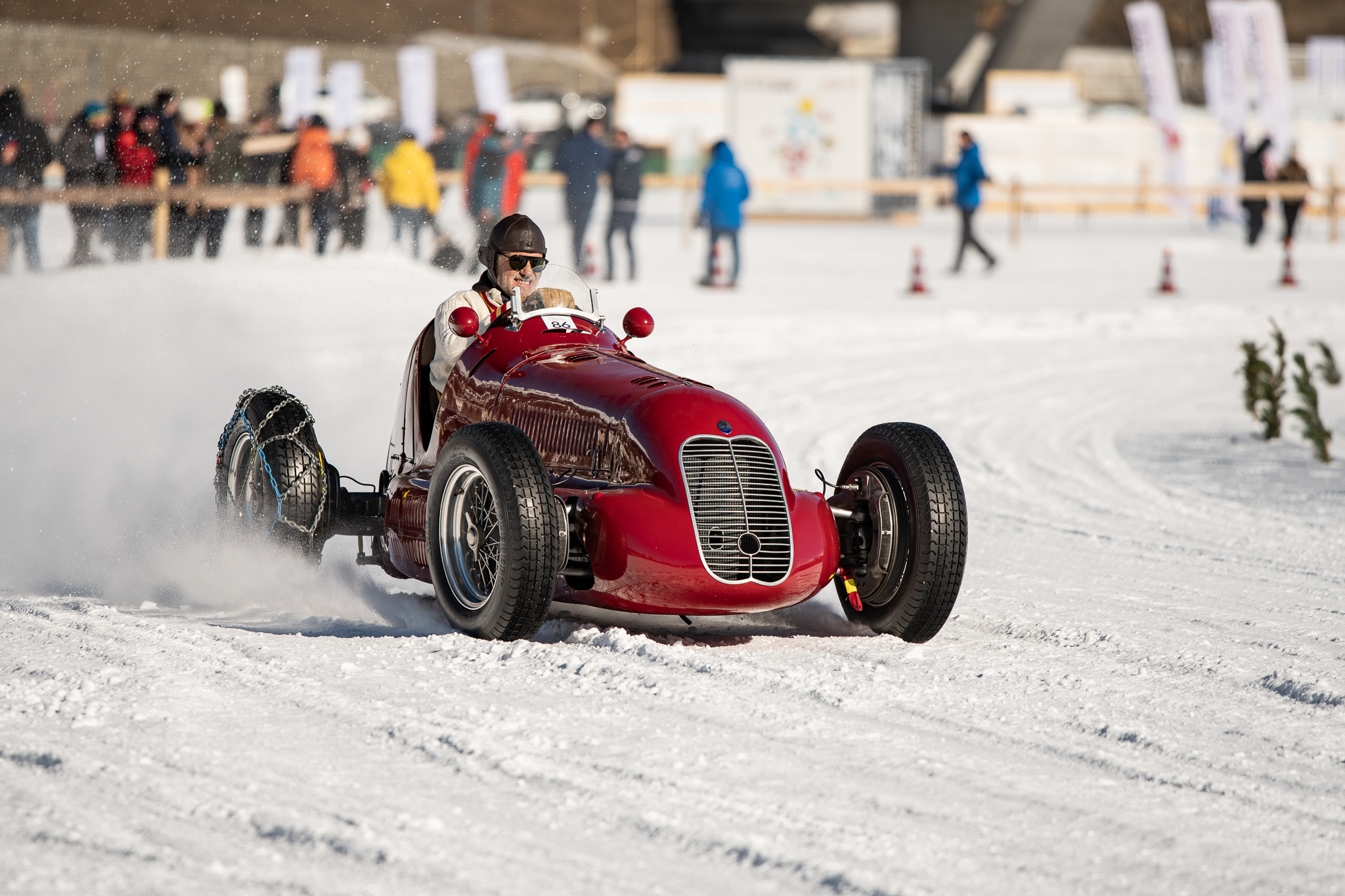 But there was more. One of the classes comprised of the cars that played starring roles in some of the most famous films. And this were not just the models but the very cars that years ago were seen on the silver screens around the world. 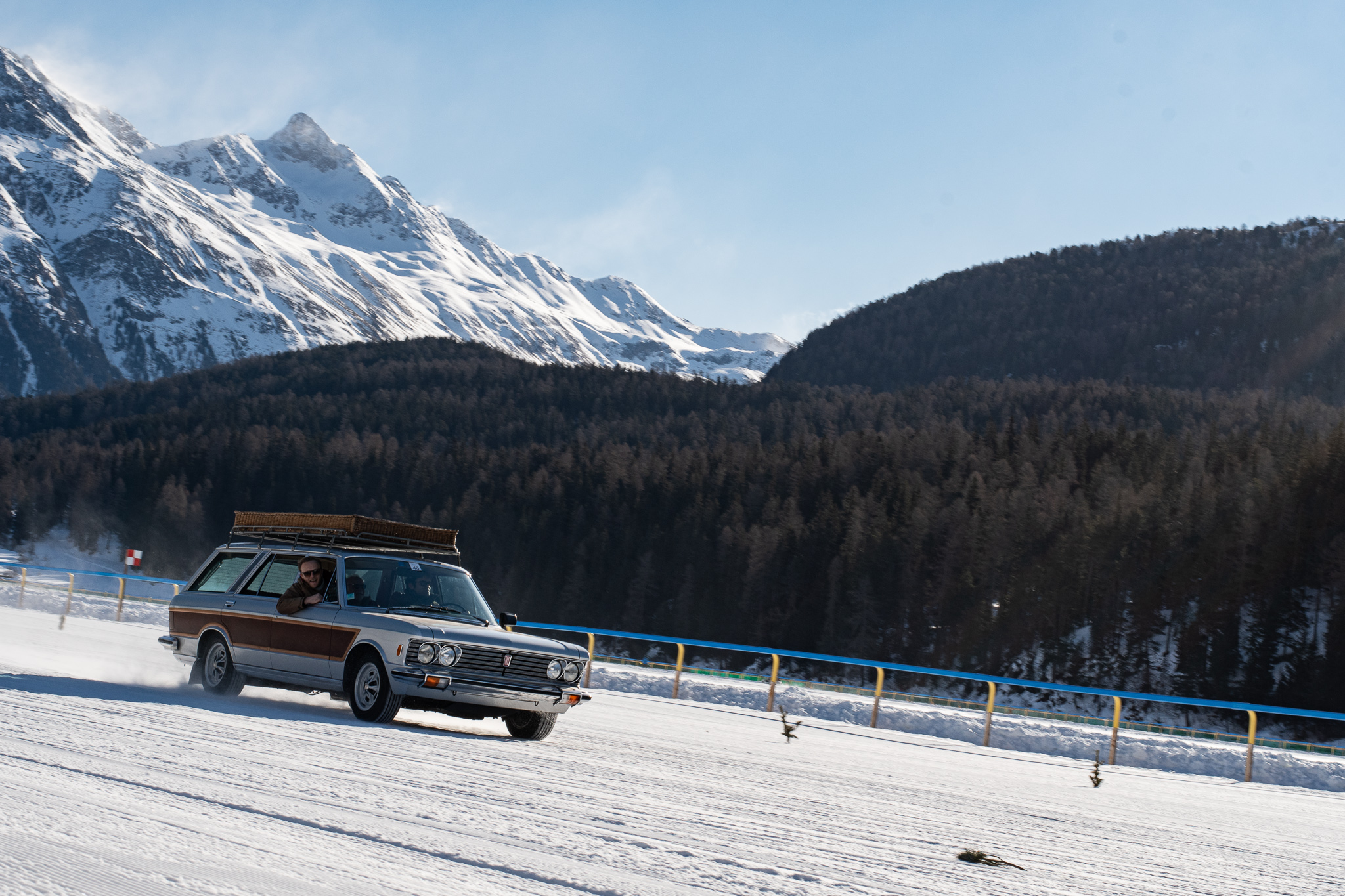 The highlight of the year? It was only 25th of February so it’s too early to give such a statement, but I’m very curious how my memories from St. Moritz will look like during the end-of-the-year summary. For sure this will be a candidate for the title, but let’s wait a bit, there is still plenty to come during the year. 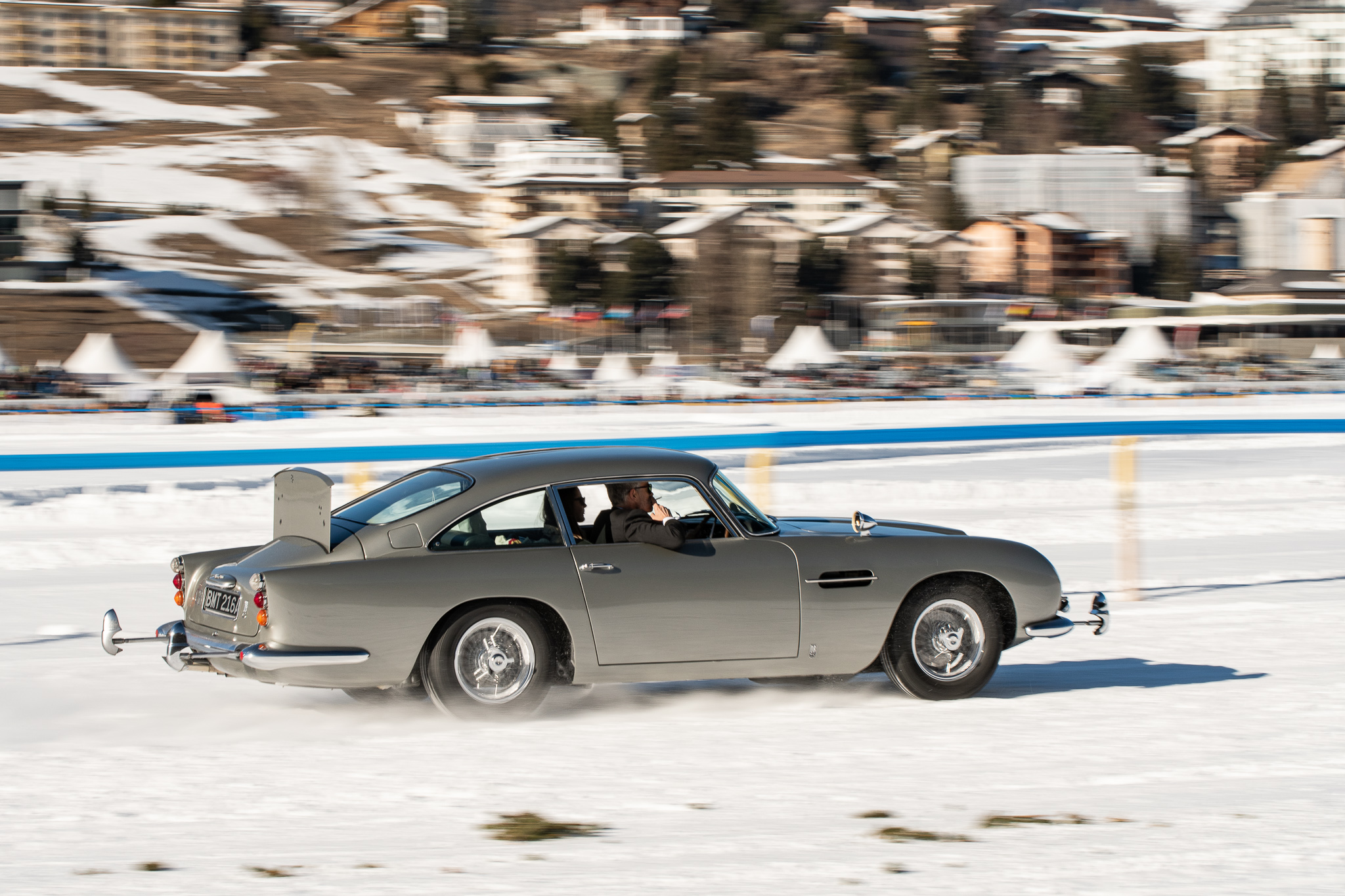 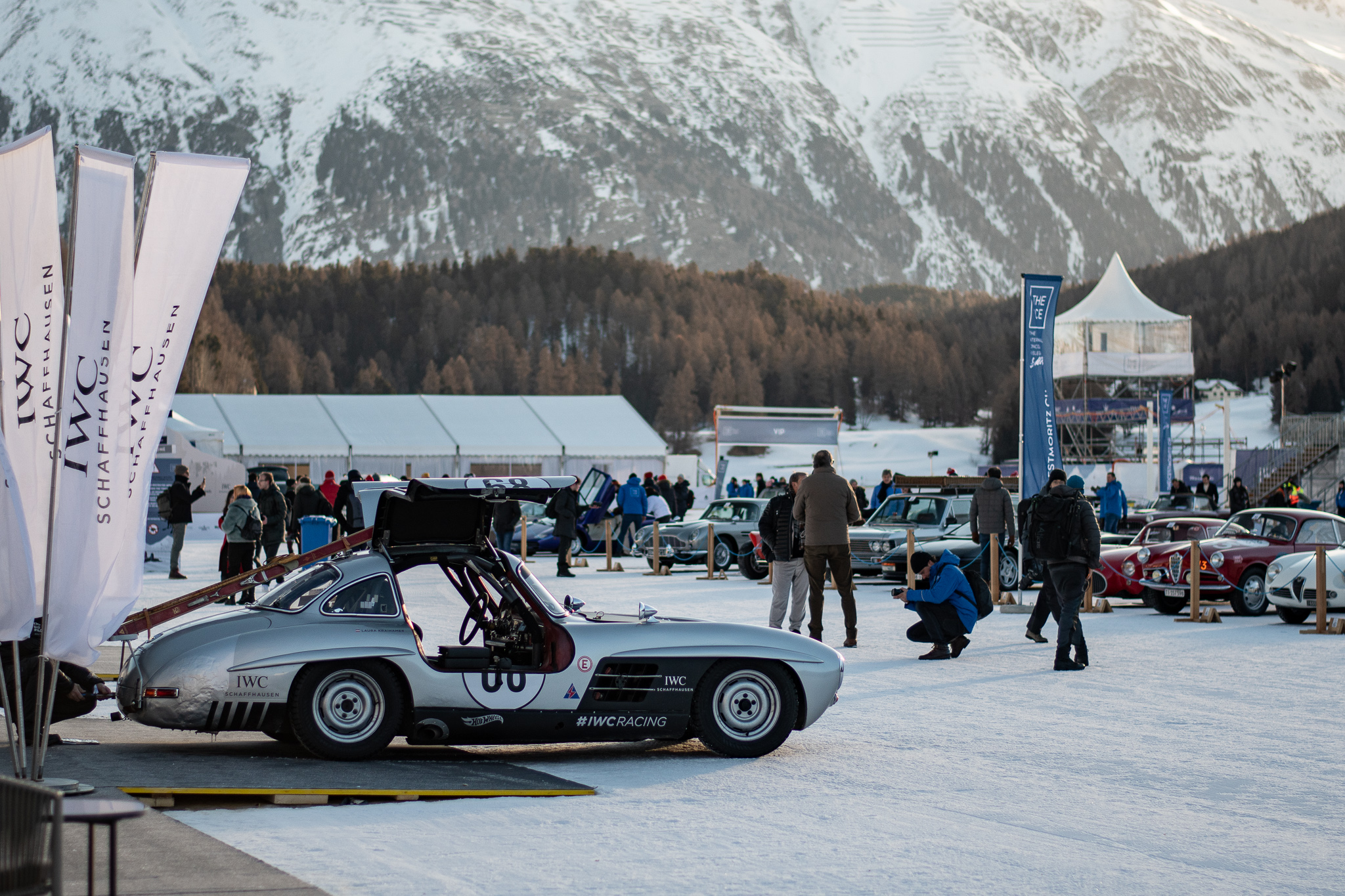